Buying a Bungalow? Here’s why you need a survey to protect your investment 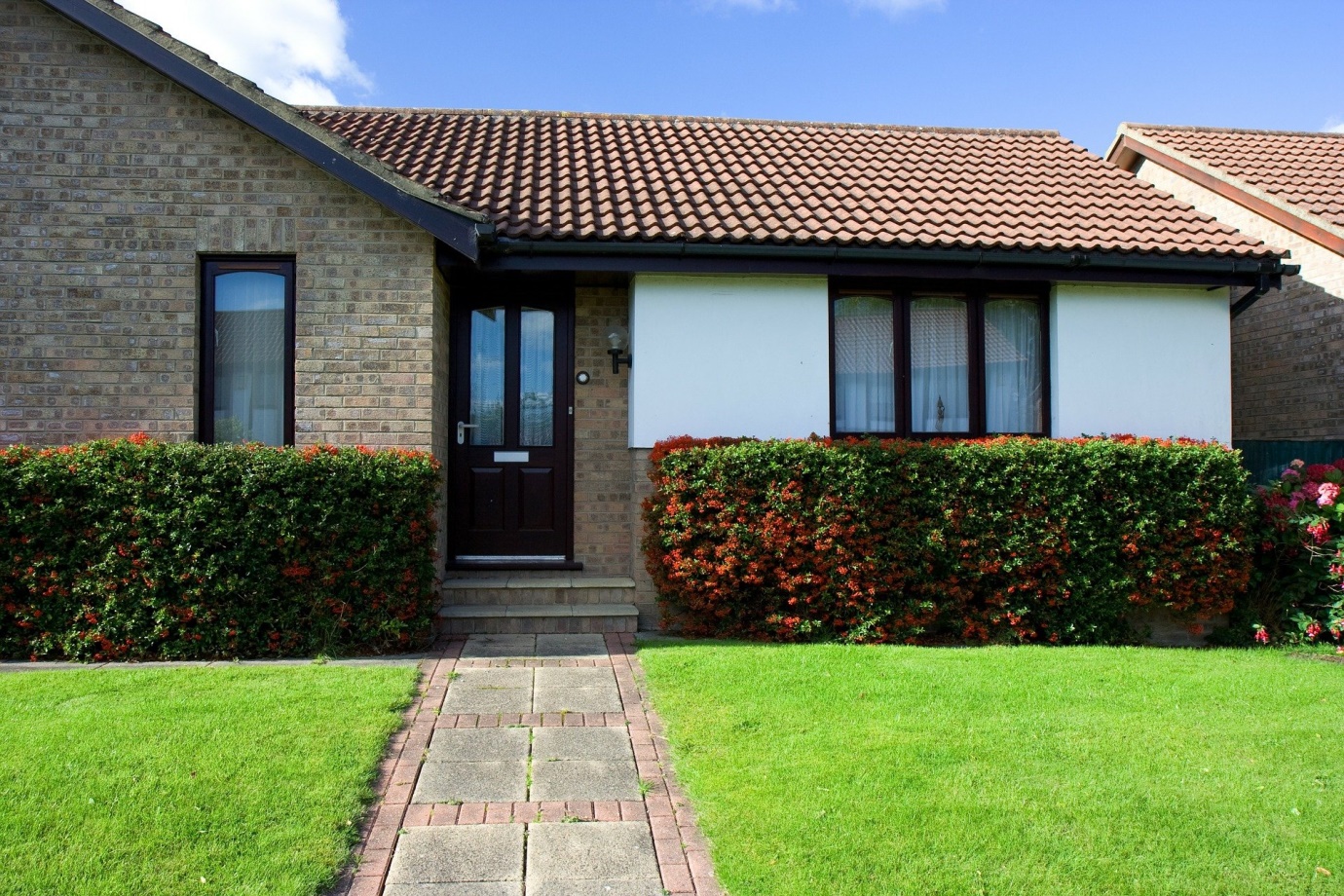 The History of Bungalows
The word Bungalow come from Bangla, the Hindi or Mahratti term meaning “of or belonging to Bengal”, as in Bangladesh (East Bengal) and originated in the 1670s. As a term to describe a type of dwelling, it is now used in practically every continent; something called a bungalow can be found in all English-Speaking countries as well as many ex-colonial ones.

Bungalows are a modern concept in living and the main purpose is to create an accessible environment on one level.
Common questions

We are asked several times about the viability of converting a bungalow, i.e. to add an additional floor. This is now becoming a very popular building alteration because of modern living and children that were born of the millennia are finding it hard to get on the property ladder and consequently they are living with parents or grandparents, resulting in lofts being converted. The addition of attic trusses is now making this possible and is certainly a viable building option. Obviously every bungalow is different. Some bungalows are inherently small and they cannot really be considered for conversion because their smaller proportions do not make it viable to increase the size of the property.

Bungalows certainly contain the fewest of building materials as they only have a single floor. This in itself can create a number of problems. Condensation is a massive problem in bungalows. Condensation occurs due to the use of a property as much as its inherent defects, therefore such problems may occur during your occupation of the property, which were not readily apparent during our inspection. However, should condensation occur, it is best dealt with by improving a combination of heating, ventilation and/or insulation and to these ends it would be prudent to consider installing extractor fans to the rooms which are likely to be most at risk. Condensation is caused from a number of sources of water vapour. The British Standard Table 5250 gives the estimated production of water vapour for a family of five. For example five persons asleep for eight hours will emit one and a half litres of water vapour through breathing. As you can imagine this vapour will normally settle on a cold surface such as windows or cold walls. The heating should be set to constant and to about 19 to 21 degrees during the winter months along with regular ventilation. Condensation will result in mould growth. It is important that this mould growth is removed with appropriate cleaner or neat bleach. Ensure protective gloves and sufficient ventilation is provided. There is some evidence to suggest that mould growth as a result of condensation can affect health, particularly those who suffer from asthma or respiratory problems.

We are now beginning to find several issues with condensation in bungalows, made more complex by the addition of double-glazing, plastic fascia boards, plastic soffits, a general lack of understanding from building contractors that work on property. In many areas condensation is leading to significant decay of timbers in the property, usually in hidden areas that require further investigation.

Many bungalows in the United Kingdom were built in the late 1950s through to the early 1970s. Some of the 1970s bungalows were built with much larger windows, which you would not have expected in the oil crisis during the 70s. Subsequently further innovative designs were used such as timber-framing and curtain walling.

In the UK there is a plethora of timber-framed bungalows which are not always going to be considered by some lenders, particularly if the inner and outer wall has been cavity filled. This is another reason that you require a survey to find out the mortgageability of a bungalow. Many purchasers buy a bungalow with cash, but as Chartered Surveyors we must always consider the resale value and this may induce a mortgage on the security of the property at that time.

The design of many bungalows was used in various systems, often where block walls were built on top of concrete floor slabs and this in itself comes with a range of significant defects. We also note that a lot of concrete floors are laid on hardcore which is not correctly compacted and in certain places we are now finding settlement and structural movement, which is leading to a number of ongoing problems.

Some bungalows that are built in areas that require a solid fuel burning fire have tall chimneystacks. We find that many properties with tall chimneystacks inherently have a weight thrusting down upon the walls and foundations which is much greater than the walls around it and this too can cause various issues with floor slabs and the surrounding walls. Again, it is an area that requires specialist identification. We know that many modern bungalows that were built from the 1980s onwards were constructed in the boom of the economy. Their rapid construction did not necessarily mean that they were built to high standards. The owner of Charters-Reid Surveyors Ltd began his career many years ago as an apprentice-served joiner and he fully understands how and why corners were cut and how indeed these defects could have been avoided with much more care and attention and better supervision.

Modernisation
Over time bungalows are modernised and refurbished, often on a DIY basis. A massive problem that we see with bungalows is the issues surrounding double-glazing. There are so many poor attempts at fitting double-glazing in an industry which is still fairly much unregulated.

Sadly we see many large corporate firms offering a service where they fit new double-glazing to windows which is often 10 to 15 times more than the cost of your local contractor. This in itself, whilst unfair, is extremely alarming. It is for this reason that you should also consider looking into detail as to why you should buy a bungalow.

Many bungalows have a typical floor layout where the garage is appended to the side with a flat roof. Often the joint between the flat roof and the house is defective and can leak and go undetected for many years.

Another common problem with bungalows is where chimneystacks can leak around the point at which they protrude through the roof. Sometimes this is difficult to detect without intrusive investigations.

Bungalows with wooden floors
Perhaps the Pandora ’s Box of the property. This is the area where so many defects (too many to list) can occur. We suggest that on a survey for bungalow you insist on a sub-floor investigation which is provided by ourselves at not a great deal of extra cost.

A number of bungalows are of non-traditional construction. Although far and few between some of these have been re-enveloped, which entails building a brick skin around the property. Although a number of these have been carried out to a good standard, they do not have any certifications, often referred to as a PRC certificate. If you do require a PRC certificate on a bungalow or any property, then you should contact us for further information and costing.

Poor DIY alterations
Many bungalows have been altered either through poor DIY, inexperienced or cowboy builders carrying out repairs to the property which leave it looking sad, neglected and often dangerous to use. On many occasions we see the layout of a bungalow has been altered. Various points have been overlooked like means of escape in the event of a fire and often the lack of opening windows that prevent egress in the event of a fire or other calamity.
What asking price should you suggest for your bungalow when you come to sell it?
Over the years our company has looked at literally thousands of bungalows. The majority of them in your area. We have a huge database of property prices that we have built up over the years. It is more than likely that we have been involved with the purchase of a bungalow like the one that you are about to sell. What you must remember is that all sold house prices are purely historical. They do not take into the fact any future growth. As a perfect example, if your property tales four months to complete there might have been some extra growth in that period. Therefore it is essential to make sure that you “future proof” your asking price. In addition to this you can also request our professional expertise in terms of looking at your bungalow with a view to selling it i.e. are there any defects, for example cracks that may cause problems when the purchasers or indeed their property professional comes to inspect the dwelling upon resale. It is for that reason it is worthwhile talking to us. We provide a short cost-effective report on any potential issues which could slow the sale of your bungalow. We also provide some general advice and we can suggest which estate agents in your area have the best expertise and indeed sell the most properties.